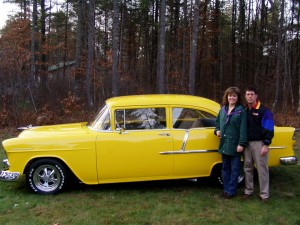 This car was completed and sold at Mecum auction in Kansas City Dec of 06. This car received a complete frame off restoration, as most all my cars do. Coming from St. Louis, the car had minimal rust issues. The stock suspension system was retained. The heater and wipers were removed. Looking at the pictures you will be able to see where most of the sheetmetal modifications wer made. The 327 was rebuilt and slightly modified. The car came with an automatic which I retained. I definately prefer a manual transmission! The custom shade of Dupont base coat, clear coat was a definate winner. I will be using this same shade on my current 55 hard top project. I took the car to one car show before selling it, where it took best in class, and best of show. The car attracted much attention at auction, and brought the highest sale price of all 55’s there. 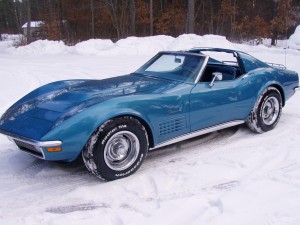 This was a gorgeous car with 42,000 original miles. It was very original, and had tank sticker, P.O.P and owner history. Mulsanne Blue with blue interior. Last of the Corvette 390hp big blocks. 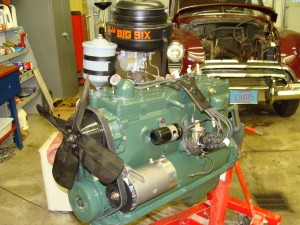 1949 Oldsmobile. ( Miss Daisy). This beautiful classic showed up at the shop on the back of a flatbed wrecker. The transmission had died, and the flathead six was also very tired. Engine and transmission were removed, and completely restored. The suspension was rebuilt, and the front end realigned. The wiring in the front engine compartment was a hazard, so it was rewired. Many odds and ends were done to get it performing well again, including cleaning and sealing the original gas tank, to keep rust out of the new fuel system components. Miss Daisy is now ready to cruise again. 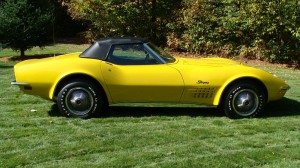 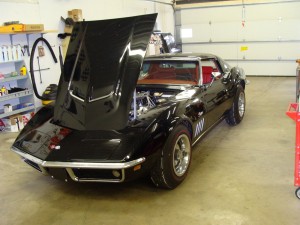 69 Vette This is a very original and highly desirable 69 435hp vette. It has been partially restored, and is in ...

This car was completed and sold at Mecum auction in Kansas City Dec of 06. This car received a complete ... 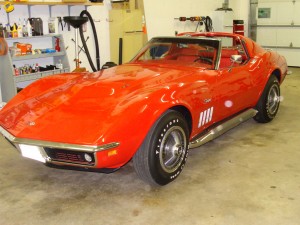 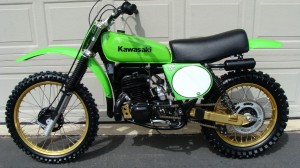